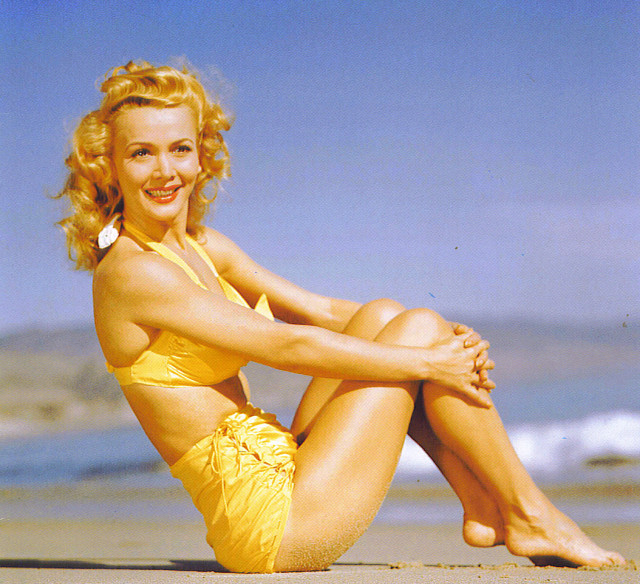 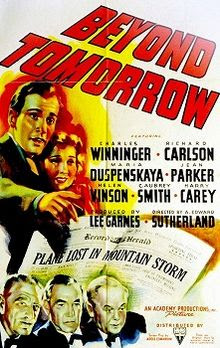 BEYOND TOMORROW (1940)
On Christmas eve three elderly gentlemen (C. Aubrey Smith, Harry Carey and Charles Winninger) befriend a young woman (Jean Parker) and a young man (Richard Carlson) who become lovers. After all of them become good friends while spending a great deal of time together the three gentlemen die in a plane crash - but because the young couple is in danger to break away from each other the three men come back to earth as ghosts to help them. Problem is: each of the ghosts has to leave at some point.. 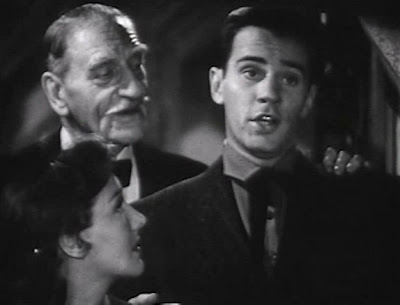 ~ singing Christmas carols: C. Aubrey Smith, Jean Parker and Richard Carlson ~
This film is also known as BEYOND CHRISTMAS.
The cast is great! I have a soft spot for C. Aubrey Smith and Harry Carey. And like me some fans of old B-horror films will be happy to see Richard Carlson in one of his earlier films whilst fans of silent movies (which I am too..) might be glad to see Rod La Rocque in one of his later films.. And each and everone should be happy to see Jean Parker! I tell you: be happy to see Jean Parker! At once!! Thank you.
The play bill might not contain the big names of Hollywood - but you for sure know the faces! Very fine character actors you'll see in this film.

~ Jean Parker is blue - Charles Winninger is lucent.. ~
Oh and the role names! Esther Williams frequently makes fun in retrospect of the names which appear in old films - and I certainly have fun with them, too! Just one example: Richard Carlson's character is from Texas - and he's called: Jimmy Houston! Don't you love that? And of course he is wild about horses! - plus: he is an aspiring singer! I close my case.
And there're some other clichés in this film: Charles Winninger's character is Irish - and you won't get a chance to forget that.. well - this is kind of cute.
The film is originally a b/w film - but in 2004 for the DVD release there was a colorozation made - which in my opinion gives the film almost a 3D like effect - no real 3D but somewhat like it.. I like both versions very much - have a look at the colours: 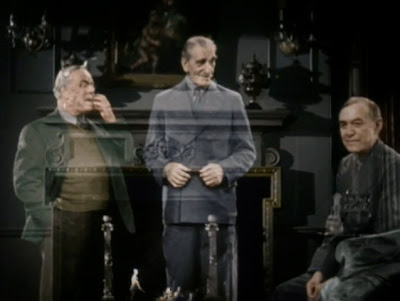 ~ colorized ghosts: Charles Winninger, C. Aubrey Smith & Harry Carey ~
My favourite part - and you might call me a bit morbid - is the way the ghost leave for good. Each of them has a different place where they go to. Which is quite a nice idea.
It is indeed well done - and I have to admit that at some point I always get a bit teary-eyed - because one of them is anticipated in what maybe is eternity.. 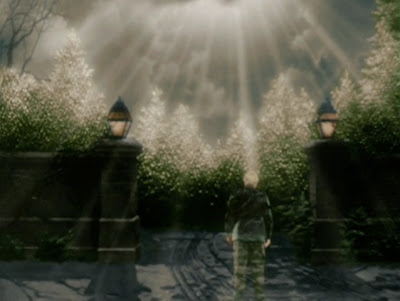 ~ going for good - isn't this beautiful? ~
This film might be no great classic - but for sure it's a nice little B-movie.
Hope you're enjoying the show!
Yours
Irene 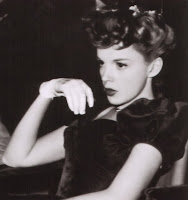